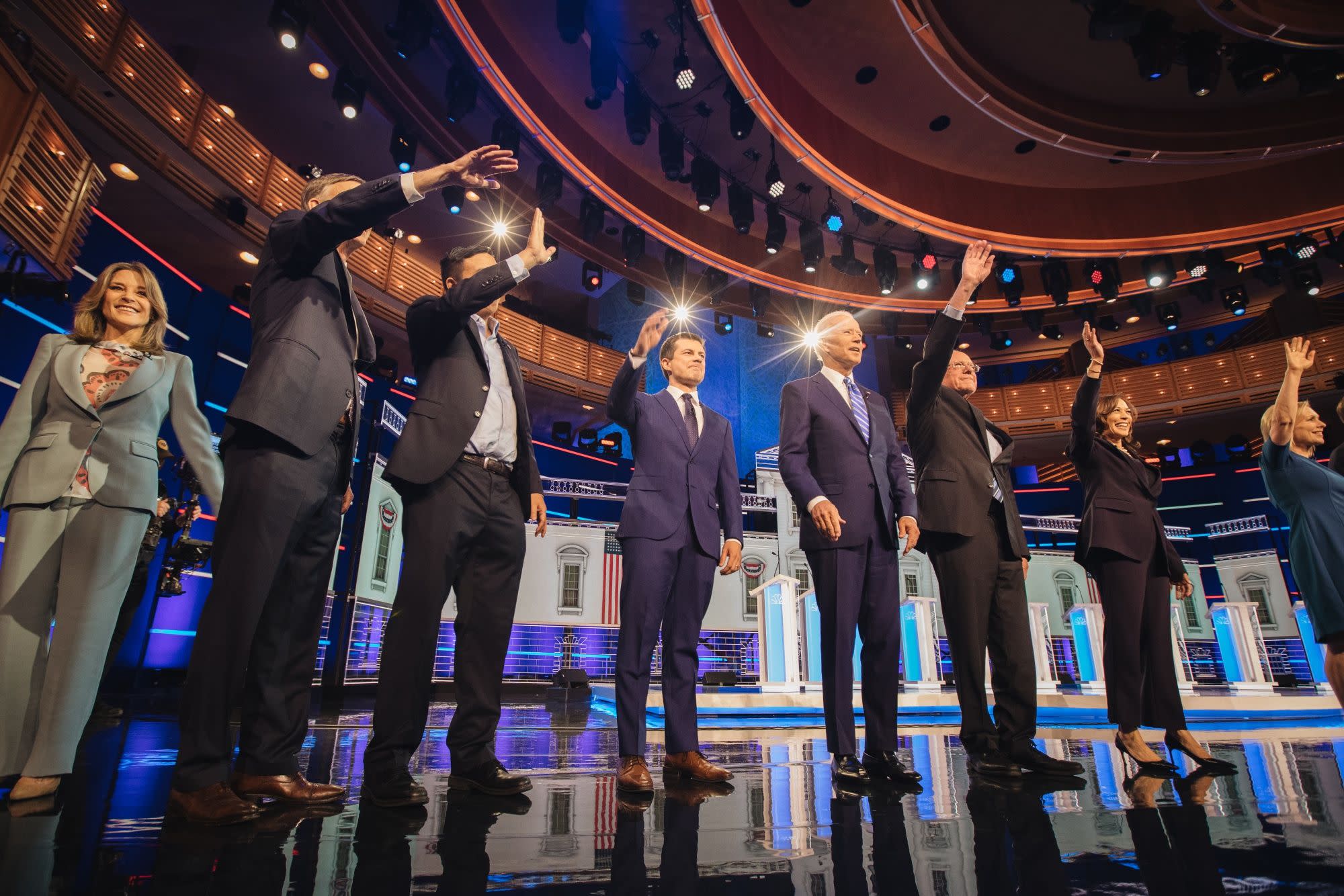 (Bloomberg) — This time, Joe Biden knows his Democratic rivals are coming for him.

Biden will be the main target of rivals such as Senators Cory Booker and Kamala Harris, who are likely to once again confront him issues from criminal justice to health care.

“I’m not going to be as polite this time,” Biden said Thursday at a fundraiser in Detroit.

Biden has retreated to huddle with advisers for five days of debate preparation behind closed doors, even as other candidates maintained busy public schedules through the weekend and Monday.

“Joe Biden probably goes into this debate right now with the largest expectations in terms of what he must do,” said Mitchell McKinney, a professor at the University of Missouri who studies presidential debates. With attacks likely to come from many directions, Biden can no longer afford to position himself above the primary fray and focus his campaign on running against Donald Trump in November, he said.

Booker has been increasingly critical in recent weeks, calling Biden “the architect of mass incarceration” for his 1994 crime bill. Booker continues to poll in low single digits and needs a breakout moment.

“He’s telegraphing his debate strategy,” McKinney said. “It’s no coincidence that on the stump he’s going after Biden.”

Biden is also likely to be confronted by Harris, the California senator who stole the spotlight in the first forum last month when she attacked him for his record on school desegregation.

“If they want to argue about the past, I can do that,” Biden said last week. “I got a past I’m proud of. They got a past that’s not quite so good.”

Tuesday night’s debate will be headlined by two senators, Bernie Sanders of Vermont and Elizabeth Warren of Massachusetts, who both incarnate the progressive wing of the Democratic Party. They have been mostly respectful of each other on the campaign trail and agree on eliminating private health insurance, but a debate could illuminate the differences in their approaches.

Harris got an initial polling bounce from her standout performance in the first debate, while Biden and Sanders saw their numbers fall.

But Harris’s jump was short-lived. A Quinnipiac poll of Democrats and independent voters released Monday showed Biden in the lead with 34%, Warren with 15%, Harris with 12% and Sanders at 11%.

Political headlines since the first debate also suggest possible questions for the candidates: President Donald Trump attacked four minority lawmakers, suggesting they “go back” to where they came from, even though three are American born and one moved to the US as a child. Then he began a three-day attack on Representative Elijah Cummings’ Baltimore district as a “disgusting, rat and rodent infested mess.”

Special Counsel Robert Mueller testified about Trump’s obstruction of his probe of Russian interference in the 2016 election. North Korea has resumed missile tests, and tensions with Iran have increased.

The first debate led to one casualty: California Representative Eric Swalwell, who dropped out July 8. That made room on the debate stage for Montana Governor Steve Bullock.

The second debate could lead to more departures.

The eligibility criteria for this week’s debates are the same as the first: 65,000 donors from at least 20 states, or at least 1% in any three party-approved recent state and national polls.

September’s debate will double those thresholds, and candidates must meet both of them: 130,000 donors, and 2% support in at least four polls.

To contact the reporter on this story: Gregory Korte in washington at gkorte@bloomberg.net

To contact the editors responsible for this story: Wendy Benjaminson at wbenjaminson@bloomberg.net, Max Berley

bloomberg.com” data-reactid=”67″>For more articles like this, please visit us at bloomberg.com