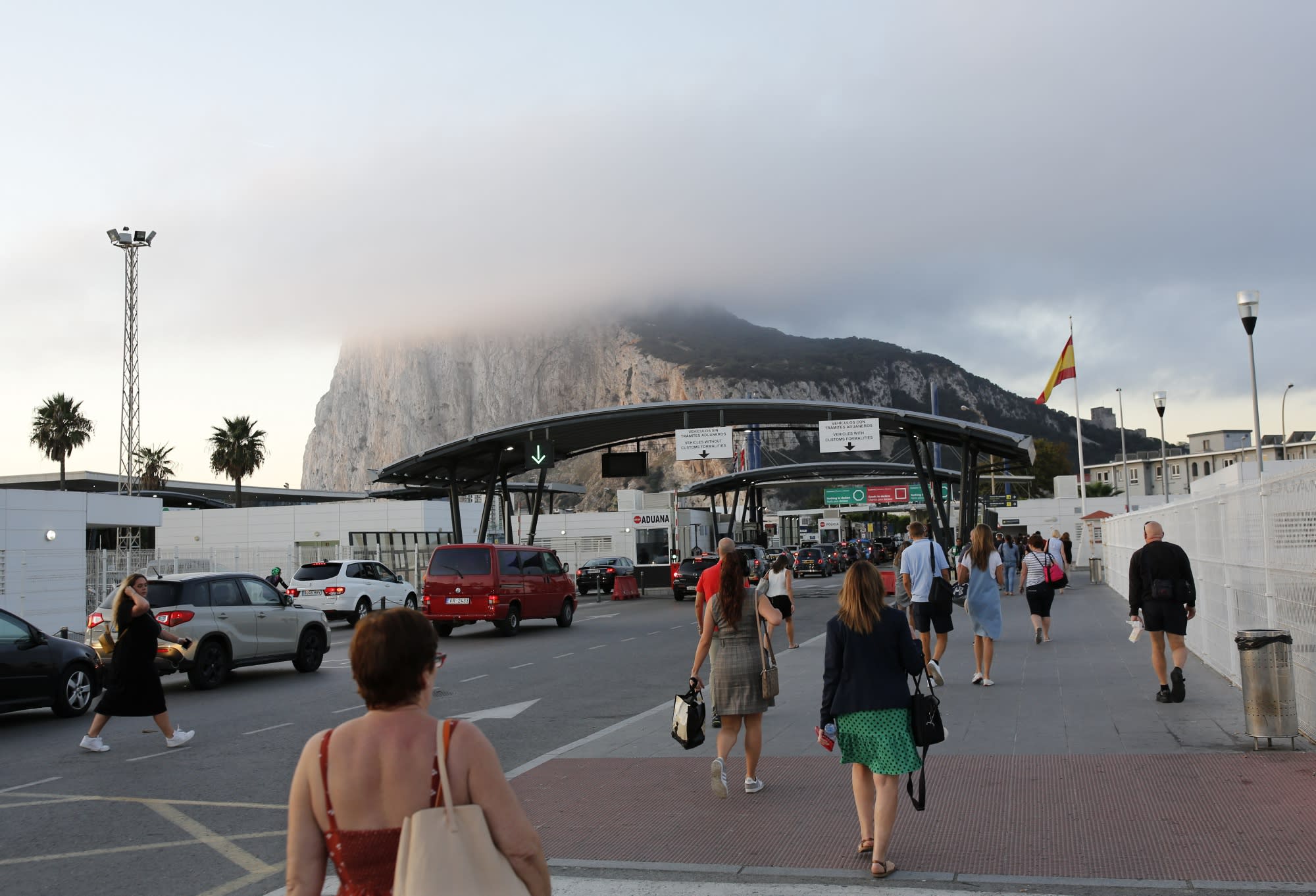 When Fabian Picardo became chief minister of Gibraltar — the rocky relic of British colonialism at the tip of Spain — he could scarcely have imagined that his main concern one day would be keeping shelves stocked at the local supermarkets.

That was before Brexit posed the greatest risk to the tiny territory and its 32,000 inhabitants in decades.

With the U.K.’s European Union exit date just four weeks away and no deal in sight to ensure smooth connections with the Spanish mainland, Gibraltar has been thrown into disarray. That’s forcing Picardo to focus on ensuring the fiercely pro-EU territory — 96% voted to remain in the bloc — is adequately supplied, with or without access to British comforts like Oxo instant gravy, Bovril beef extract and Branston pickle.

“My role as chief minister of Gibraltar, my core function in government, is to ensure that Gibraltar has food — not that it has particular British brands,” Picardo said, sitting in his office beneath a portrait of Queen Elizabeth II.

Since a 13-year blockade by Spanish dictator Francisco Franco ended in 1982, Gibraltar has enjoyed relative tranquility, thriving on tourism, financial services and online gambling. Its 300-year-old status as a British outpost guarding the narrow strait that separates the Mediterranean from the Atlantic had little noticeable impact since then, thanks to common membership in the EU.

Every day, roughly 13,000 workers — including 8,000 Spaniards — turn off Avenida Principe de Asturias in the town of La Linea and onto Winston Churchill Avenue, the only road into the territory. A visitor on foot flashes a passport to a lone Gibraltarian official while a bank of passport-reading machines on the Spanish side are only periodically in use — at least for now. Brexit threatens to bring that comfortable co-existence to an abrupt end.

Prime Minister Boris Johnson, who this week warned the EU to compromise or watch the U.K. leave the bloc without a deal, has been given a week to revise his offer or risk a humiliating postponement.

The British government laid out the range of problems facing the 2.6-square-mile territory in its so-called Yellowhammer report on the risks of a crash Brexit. It warned of border delays of more than four hours for at least a few months, as well as disruption to supplies of goods and medicines.

Another conundrum facing Picardo, who has been in charge of the territory’s 2.2 billion-pound ($2.7 billion) economy since 2011, is how Gibraltar will dispose of its waste if it loses access to a landfill facility shared with Spanish towns across the border.

Gibraltar has been no stranger to tension since Spain ceded the Rock to Britain in 1713. The territory’s siege tunnels, old naval dockyards and former gun batteries all bear witness to its martial past. Spain maintains its claim to the territory, and in 2016, the government even floated the idea that Brexit offered the best chance to reclaim control in centuries.

Brexit has already impacted the territory’s key industries. In January, Denmark’s Jyske Bank A/S put its Gibraltar business up for sale, in part because it would be subject to different legislation when the U.K. and Gibraltar leave the EU. The bank has since been sold to a buyer from Vietnam. Bet365 Group Ltd. is moving part of its business from Gibraltar to Malta, while William Hill Plc has shifted some regulatory functions to the Mediterranean island, which is an EU member state.

Gibraltar is compact, with human settlement squeezed in along the coast. The runway for the airport juts into the bay, and drivers have to cross the tarmac to get into town.

Tony Hernandez, who owns a wine store and restaurant business, is worried about what will happen at the frontier. He employs three Spanish chefs and six waiters who cross every day to work. Another concern is whether customers who come to Gibraltar to buy his wines — the territory has no value-added tax — may be charged duties by Spain when they return, hitting demand.

“I was at a wine fair in Dusseldorf and I was talking to some suppliers who were asking what happens next with Brexit,” he said. “I wish I knew.”

The concerns are on both sides of the border. Neighboring La Linea, which already suffers from high unemployment, relies on Gibraltar for jobs, and the mayor is worried about a potential hit if economic ties become strained.

“No one feels more Spanish than the people of La Linea,” said Mayor Juan Franco. “But what they have to care about is whether there is money at the end of the month and food on the table.”

Picardo recently made a weekend shopping trip to Wm Morrison Supermarket Plc’s store in Gibraltar only to find shelves were bare after a spree by British expats. The risk is that after a crash Brexit, such empty shelves could become more frequent and shoppers will blame him, he said.

Morrison’s Gibraltar store, supplied with British goods brought in by trucks, provides a case study for the sort of difficulties the territory may face. Goods shipped overland from the U.K. would have to be cleared into the EU and then out again through a Spanish customs post across the bay in Algeciras.

Morrison’s is “focused on serving customers in Gibraltar as best we can” and is “preparing for all eventualities,” the company said in an emailed statement.

Picardo can at least console himself that the problems Gibraltar face from Brexit pale in comparison with those the U.K. and Spain will have to confront. Its economy is small and manageable and already trades with the EU as a third country for goods, meaning that in effect it only faces “one or two new rules,” he said.

One option to secure supplies would be to make extra storage space available. The administration has also been looking into developing sea routes via Portugal and Morocco. The territory already airlifts some supplies such as medicines and could expand that. Basic Gibraltarian food supplies, such as squid and lettuce, will come in from the EU via relatively straightforward customs procedures.

“The question is if you want Bovril, if you want Oxo, if you want Scottish beef, the things that come from the U.K., which are available on our shelves and which make Gibraltar feel British,” he said. “That doesn’t concern me very much at all.”

(Adds link to latest on Brexit talks in seventh paragraph)

To contact the reporter on this story: Charles Penty in Madrid at cpenty@bloomberg.net

To contact the editors responsible for this story: Chad Thomas at cthomas16@bloomberg.net, Iain Rogers, Chris Reiter

bloomberg.com” data-reactid=”74″>For more articles like this, please visit us at bloomberg.com