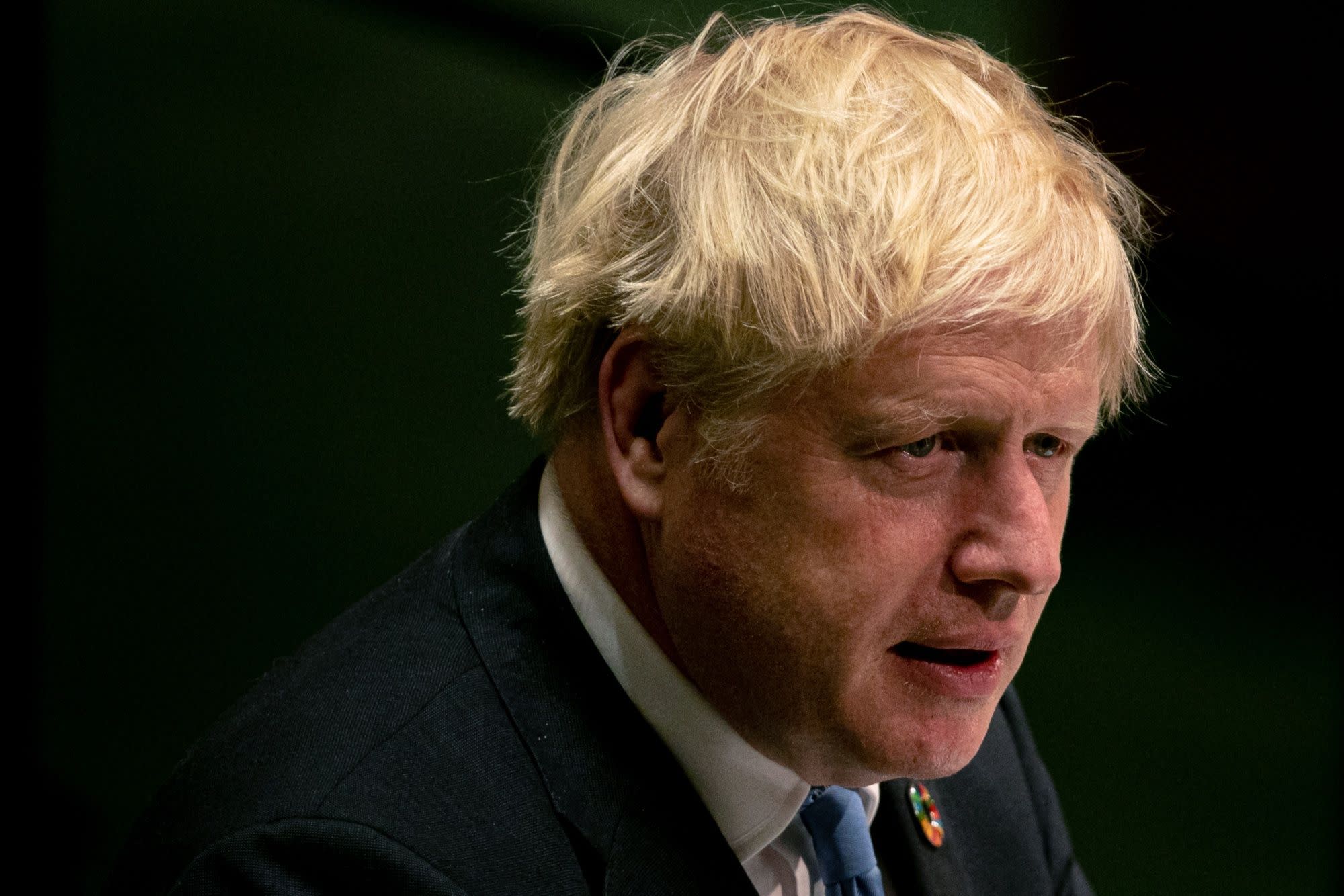 (Bloomberg) — Scottish First Minister Nicola Sturgeon said the time has come for members of Parliament to oust Prime Minister Boris Johnson to remove the risk of a no-deal Brexit. Her Scottish National Party would be willing to back Labour leader Jeremy Corbyn or another MP as a temporary premier.

Senior police officers have raised concerns that the language being used by Prime Minister Boris Johnson and others is increasing the safety risk to politicians as the U.K. heads toward a divisive general election.

Police chiefs are stepping up security for Members of Parliament as the debate over Britain’s divorce from the European Union becomes ever more fractious, according to a person familiar with the matter.

The key problem with Nicola Sturgeon’s idea of installing Corbyn as a caretaker prime minister (see 12:40 p.m.) is that it doesn’t have the support of the other opposition parties. The Scottish National Party’s 35 MPs, added to Labour’s 245 voting members, makes 280. That’s close to the 288 Conservatives that Boris Johnson has left since his purge of Tory opponents this month, but as he is learning, it’s not enough to get anything done in government.

Could they get more? Plaid Cymru’s four MPs and the Green Party’s only MP, Caroline Lucas, might be possible — but after that it gets harder.

Of the 39 flavors of independent MP, most are former Conservatives who are firmly of the view that Corbyn should never be prime minister. Some of the remainder are former Labour MPs who hold this view so strongly that they quit Corbyn’s party. That also describes three of the 18 Liberal Democrats. One of them, Chuka Umunna, was dismissive of Sturgeon’s idea on Friday.

“Jeremy Corbyn cannot command a majority in the House of Commons,” Umunna said. “However, all involved have said they would be prepared to support a more neutral figure. The real issue is whether Corbyn will support a neutral figure as a caretaker prime minister to stop a no-deal Brexit.”

The head of the Scottish government called for Britain’s political opposition to unite around a candidate to replace Boris Johnson as prime minister.

Nicola Sturgeon, the leader of the Scottish National Party and First Minister of Scotland, indicated she would support installing Labour leader Jeremy Corbyn or another candidate as temporary prime minister until a no-deal Brexit is off the table. If other opposition parties all agree, this could pave the way for a Corbyn-led administration within weeks — or days.

Sturgeon made the intervention in response to a tweet from a journalist that said the only “failsafe way” to avoid a no-deal Brexit next month is to pass a vote of no confidence in the government, and then install “Corbyn or someone else as PM.”

“Agree with this,” Sturgeon said on Twitter. “VONC, opposition unites around someone for sole purpose of securing an extension, and then immediate general election. Nothing is risk free but leaving Johnson in post to force through no deal — or even a bad deal — seems like a terrible idea to me.”

Government Won’t Use Order of Council to Dodge Law (12 p.m.)

Boris Johnson’s office has pushed back against the suggestion from former Prime Minister John Major that the government could use an Order of Council — which he said can be passed by the Privy Council of the Queen’s ministerial advisers but without involving the monarch — to revoke the contentious law passed by Parliament to prevent a no-deal Brexit on Oct. 31.

“It’s simply not something which we recognize,” Johnson’s spokesman, James Slack, told reporters in London.

In a speech late Thursday, Major warned Johnson that resorting to this method to dodge the impact of the so-called Benn Act would be in “flagrant defiance of Parliament and utterly disrespectful to the Supreme Court.”

Some more evidence of the toll Brexit is taking on businesses: Japanese manufacturer Senju Metal Industry Co. said in a filing it closed its U.K. factory in June and moved production to the Czech Republic due to pressure from its European customers.

The Bank of England may have to cut interest rates even if the U.K. avoids a no-deal Brexit, according to policy maker Michael Saunders. His argument is that Brexit uncertainties are likely to continue to depress growth even if the departure from the European Union is smooth, delayed or eventually canceled, especially if that is accompanied by a weaker global outlook.

Separately, Bloomberg Economics now sees a no-deal Brexit early next year as its most likely scenario, which will drag the U.K. into a recession and push inflation higher. BE’s new report forecasts a drop in the pound and higher trade tariffs lifting inflation to 2.8% — above the Bank of England’s 2% target.

A Northern Irish court handed Prime Minister Boris Johnson a much-needed legal victory, throwing out a lawsuit that wanted a no-deal Brexit declared a violation of the Good Friday peace accord.

The Appeals Court in Belfast upheld a lower court ruling that the peace accord is a purely political matter. The opinion is a boost for Johnson after the U.K. Supreme Court in London ruled this month his plan to suspend Parliament in the run up to the Oct. 31 Brexit deadline was an unlawful abuse of power.

International Development Secretary Alok Sharma said calling a law to block a no-deal Brexit on Oct. 31 the “surrender act” accurately reflects its impact on the government as it negotiates with the European Union.

“It does surrender our ability to have effective discussions with the European Union and it does surrender our ability to be able to walk away from the table if that is what happens,” Sharma told BBC Radio 4 on Friday. “If you were going into a negotiation with both hands tied behind your back, would you not think it somehow a form of capitulation?”

Sticking to the government’s line from the last few days, Sharma refused to explain the apparent incompatibility between adhering to the law on Brexit and Boris Johnson’s repeated statements that the U.K. will leave the EU on Oct. 31 with or without a deal.

“We are absolutely going to comply with the law, we are working incredibly hard to get a deal and we will be leaving on October 31,” he said.

Drug Suppliers Not Ready for No Deal: Watchdog (Earlier)

Medicine suppliers are less prepared for a no-deal Brexit now than they were in the run up to the original deadline for leaving the European Union, the government’s spending watchdog said.

By Sept. 20, pharmaceutical companies surveyed by the Department for Health had sufficient stockpiles for 72% of medicine product lines, the National Audit Office found in its report published Friday.

To contact the editors responsible for this story: Tim Ross at tross54@bloomberg.net, Stuart Biggs, Thomas Penny

bloomberg.com” data-reactid=”53″>For more articles like this, please visit us at bloomberg.com