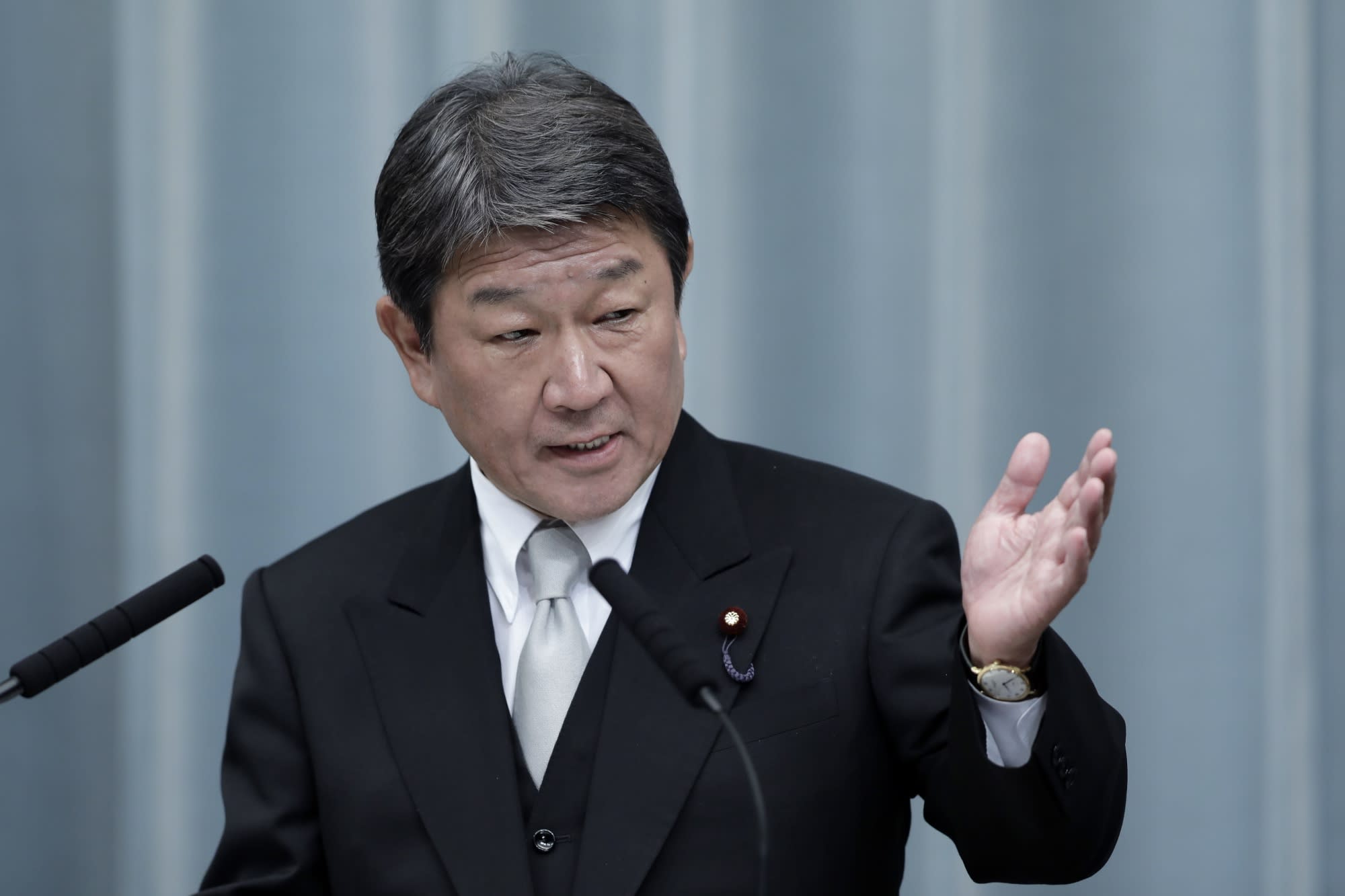 Japan and the U.S. have finished talks on a trade deal with no indication yet on how the two sides responded to President Donald Trump’s threat to slap tariffs on the $50 billion in cars and parts shipped by Japan to the U.S. annually.

Japanese Foreign Minister Toshimitsu Motegi told reporters Monday in New York that he would explain more about the tariffs in two days’ time after a meeting of Trump and Japanese Prime Minister Shinzo Abe set for the sidelines of the United Nations General Assembly. He added that he didn’t think the car tariffs would be a cause for concern.

“I believe there will be a good ceremony the day after tomorrow. We are proceeding with a massive task. There is not all that much delay to the aim of signing a deal by the end of September,” Motegi said. It wasn’t immediately clear what the ceremony would mark.

Motegi, Japan’s point man for the trade talks, made the comments after talks with U.S. Trade Representative Robert Lighthizer. Resolving the tariff threat, which the Trump administration used as leverage to bring Japan to the table, has been a major sticking point in the negotiations between the world’s largest and third largest economies.

Trump said last week his administration was nearing an initial trade accord with Japan covering tariffs and digital trade. Abe has been holding out for a pledge that Trump won’t slap new levies on Japanese automobiles, one of the cornerstones of his country’s economy.

Removing the threat of punitive tariffs on cars would be a welcome relief for Japan’s economy, as a nine-month slump in overall exports continues amid U.S.-China trade tensions.

Japan agreed to bilateral trade talks with its only security ally a year ago, after failing to persuade Trump to return to the regional Trans-Pacific Partnership trade deal he rejected at the start of his presidency.

What’s at Stake and at Risk in U.S.-Japan Trade Talks: QuickTake

Lower tariffs on U.S. beef and other produce would be a lifeline for farmers struggling amid Trump’s trade war with China. That in turn is likely to help bolster support for the president as he heads into his re-election campaign.

Abe also needs something to show for a year of negotiations he said were meant to yield a “win-win” agreement as his government rolls out an unpopular increase in the sales tax on Oct. 1.

To contact the reporter on this story: Isabel Reynolds in New York at ireynolds1@bloomberg.net

To contact the editors responsible for this story: Brendan Scott at bscott66@bloomberg.net, Jon Herskovitz, Paul Jackson

bloomberg.com” data-reactid=”58″>For more articles like this, please visit us at bloomberg.com