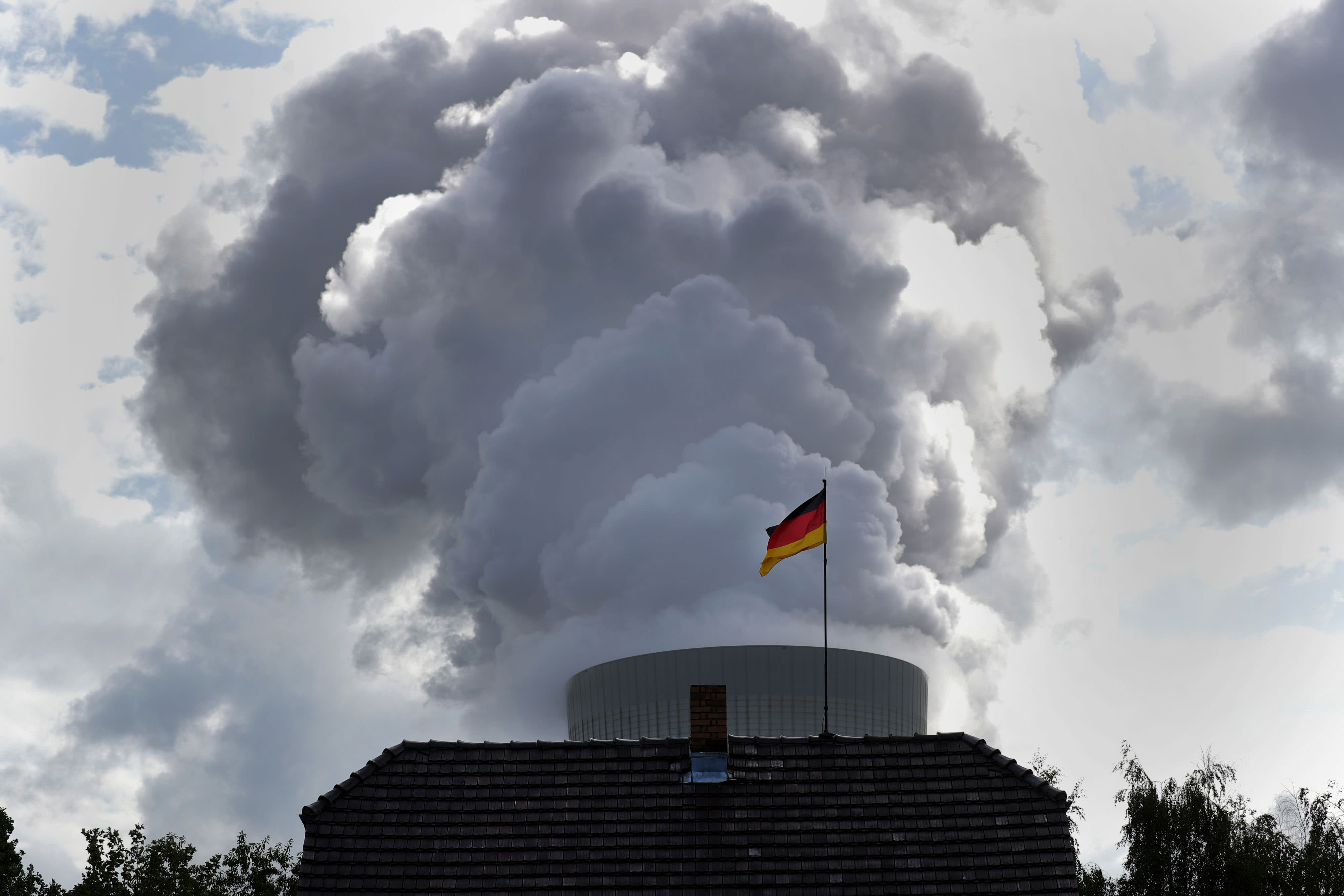 (Bloomberg) — Angela Merkel stood in front of Greenland’s melting icebergs in a fire engine-red parka and appealed to world leaders to step up their fight against climate change.Back in 2007, that image earned her a reputation as the “climate chancellor.” Since then, she has kept the euro area together through the debt crisis and offered refuge to a million migrants despite widespread opposition. But global carbon emissions are still climbing  and Merkel’s government has fallen way short of its own climate goals.

Massive climate protests in Germany and a surge in support for the Greens this year show that failure risks becoming a stain on her legacy. On Friday, the physicist-turned-politician has a chance to put things right when her cabinet meets to discuss measures worth tens of billions of euros aimed at capping runaway emissions from cars, planes, and furnaces.

It’s a bit of a revival for Merkel, who late last year stepped down from her party leadership and announced she wouldn’t seek a fifth term when her mandate expires in 2021. Since then her government has been drifting, bogged down by infighting and demoralized by sliding approval ratings.

The climate issue has re-energized the chancellor. For weeks she’s been laying the groundwork for the climate package, reverting to the moralistic campaigning characteristic of the daughter of a Protestant pastor. Germans must be prepared to pay a price for what has become a challenge for humanity, goes her message.

“Germany is an industrial nation, we’ve emitted a lot of C02 and thereby contributed to global warming,” she said in a podcast last week.

When she speaks at the UN Climate Summit in New York on Sept. 23, she wants to tell the world that Germany and its chancellor are back at the forefront in fighting global climate change. But her plans are meeting skepticism at home.

Bild, the country’s largest newspaper, this week called her pending climate measures a “bogus package,” arguing that she had lost credibility by announcing grand schemes and then not delivering.

Merkel, who was environment minister under Chancellor Helmut Kohl in the mid-1990s, herself acknowledged that she was slow to act in the past, hesitating to back new technologies. At heart, the chancellor is a cautious pragmatist, and corporate interests and opinion polls matter. Growing up in the former communist East, she witnessed the failings of a centrally-planned economy and is unwilling to wield a heavy government hand and to impose transformational change on German industry.

Now too, the challenge for Merkel is how to balance calls for more aggressive action from the public and her junior coalition partner, the Social Democrats, with the need to ensure Germany’s competitiveness at a time when its export-led economy is already being battered by a global trade war.

Merkel’s laissez-faire pragmatism have been most notable in her dealings with the all-powerful German car industry. In 2013 she stepped out in defense of iconic car labels such as BMW, Audi and VW by thwarted EU plans limiting CO2 emissions that would have hit their bigger luxury cars particularly hard. Even during the so-called VW Diesel-gate scandal, Merkel was reluctant to introduce tougher rules.

When car makers like VW subsequently rolled out ambitious e-mobility plans, government efforts to provide the necessary charging stations were half-hearted, leaving Merkel far behind her target of putting one million electric cars on the streets by 2020.

On nuclear energy, Merkel zigzagged, first extending the phaseout time of nuclear plants by up to 14 years only to reverse her decision in the wake of Fukushima disaster and order the immediate shutdown of older nuclear plants and later phasing out of nuclear energy in Germany by 2022. In another sign of wavering, Merkel first discredited the FridaysForFuture movement, suggesting it could be the result of a Russian cyber warfare campaign.

“This is the moment when Merkel must overcome her cautiousness, listen to the youth in her country instead of corporate executives,” said Jennifer Morgan, executive director of Greenpeace International. “A zero carbon target in two decades would address the climate emergency and set up Germany’s economy for the future.”

There are concrete choices Merkel will have to take. Does she want to impose faster-acting carbon taxes or simply extend the Emissions Trading System, which lets companies buy or sell their carbon allowances, to transport and heating? The decision could benefit electricity producers and makers of electric products, while punishing companies that can’t easily cut C02 emissions.

One area where consensus is emerging is the need to tax air travel more, while making trains cheaper.

For now, Merkel’s focus on the environment seems to have had some impact on voter opinion, at least judging by the latest polls. The CDU, which trailed the Green Party by three percentage points in a June survey by Forsa polling company, now leads by the same margin.

Still, critics say Merkel’s latest push for the climate may be too little too late. With her junior coalition partner, the Social Democrats, mulling whether to leave the governing coalition as early as December, there would be no time to draft appropriate legislation much less to see it through Congress.

“The coalition is coming up with a plan but it will probably live only as long as the current government,” Christian Egenhofer, a researcher at the Centre for European Policy Studies in Brussels. “The real momentum will be gained only when a new government comes to power and implements new laws.”

This story is part of Covering Climate Now, a global collaboration of more than 220 news outlets to highlight climate change.

–With assistance from Ewa Krukowska and Christoph Rauwald.

To contact the editor responsible for this story: Ben Sills at bsills@bloomberg.net