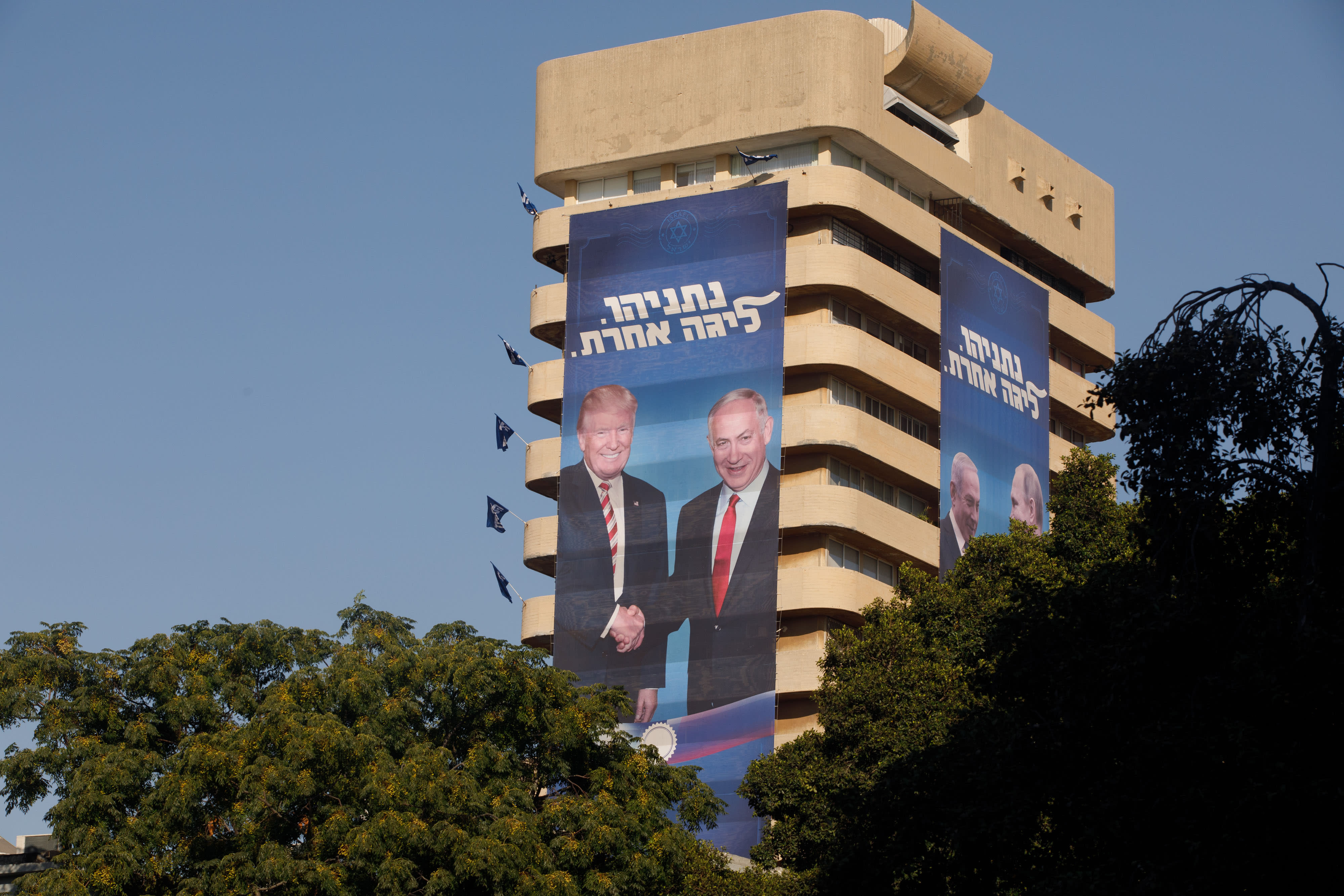 (Bloomberg) — The tight Israeli election — and the weeks of debate it may fuel over the formation of a ruling coalition — has put President Donald Trump on the brink of losing one of his closest foreign allies.

Since taking office in January 2017, Trump has given Prime Minister Benjamin Netanyahu the type of political gifts most leaders could only dream of, from his decision to quit the Iran nuclear deal to his order to move the U.S. embassy from Tel Aviv to Jerusalem. But now it’s not clear if Netanyahu will be around much longer to return those favors.

Israel’s election rerun produced a dramatic deadlock, thrusting a key Mideast ally into further political turmoil just as Trump gears up to release his peace proposal and prepares for a re-election fight in which he is certain to boast about his pro-Israel credentials.

“Trump’s view is ‘I’ve been very good to this guy, we have a warm relationship, and I have an election year coming up, so he better help me the way I helped him’,” said David Makovsky, director of the project on Middle East peace at the Washington Institute for Near East Policy and author of a new book on Israeli leaders. “There’s been no doubt who Trump was for in this election.”

While initial exit surveys suggest Netanyahu stumbled in this election, having failed to muster a decisive victory after a hard-fought campaign, it is too early to say former military chief Benny Gantz won either. Partial counts by 7:09 a.m. showed a close race between competing blocs aligned with the prime minister’s nationalist Likud, and the centrist Blue and White led by Gantz.

Trump acknowledged the potential uncertainty of the vote on Monday, telling reporters he “can’t tell you what’s going to happen” with the Israeli election while maintaining that Netanyahu “has a good chance” to pull out a governing majority.

In recent weeks there have been some signals the administration may be hedging its bets. Vice President Mike Pence did not meet with Netanyahu earlier this month in London, despite the leaders both holding talks at 10 Downing Street within minutes of one another. Regardless, Trump has not been subtle about the outcome he’d like to see from the election.

The administration has repeatedly delayed the release of Trump son-in-law Jared Kushner’s long-awaited Middle East peace plan, sparing Netanyahu from having to grapple with potentially divisive proposals ahead of an election. The Trump administration was also quiet on Netanyahu’s campaign pledge to annex West Bank settlements if he wins, a vow that previous U.S. presidents would have almost certainly castigated.

Netanyahu and Trump, who’ve both enjoyed the backing of Las Vegas casino magnate Sheldon Adelson, have built a relationship over the years based on mutual political expediency, leveraging their ties to score points against their rivals back home. Netanyahu repeatedly reminded voters during his campaign of his access to Trump, while the U.S. president encouraged Netanyahu to bar two freshmen Democratic House members from entering the country in an effort to paint the Democratic party as anti-Israel.

Over the weekend, Trump said he and Netanyahu held a phone call to discuss a mutual defense treaty that could “further anchor the tremendous alliance between our two countries.” Amos Yadlin, executive director of Tel Aviv University’s Institute for National Security Studies, said the issue was “deserving deep discussion, and not a quick draw shot from the hip on the eve of election.”

But after Trump moved the U.S. embassy to Jerusalem from Tel Aviv, closed the Palestinian representative office in the U.S., withdrew from the Iran deal, cut off funding to a United Nations agency helping Palestinian refugees and later recognized Israeli sovereignty over the Golan Heights, which was captured from Syria during the 1967 war, there were few hanging fruits left to offer Netanyahu.

“There’s not much left to give,” said Aaron David Miller, a senior fellow at the Carnegie Endowment for International Peace who has advised both Republican and Democratic administrations in Middle East peace negotiations. “I think this is a throwaway designed to create the sense that only Bibi has my ear and you Israelis should understand he’s my guy.”

Yet while Trump may have a clear preference for Netanyahu, an inability by the sitting prime minister to form a governing majority wouldn’t be “fundamentally injurious” to the U.S. president’s own political standing, Miller said.

A center-right unity government led by Gantz could offer Trump some advantages as it would be more open to peace with the Palestinians, said Makovsky. Gantz would also be “very careful not to criticize Trump” and would work to “establish a functional working relationship” with the U.S. president, Miller said.

In any case, the White House has already significantly dialed back expectations for a peace deal, and the chief architect of the proposal, Jason Greenblatt, recently signaled his intention to step down.

“A unity government is the best chance Trump has of getting his peace plan through,” said Makovsky. “At this point, the administration has been calling it a vision, rather than a plan, and expectations are already quite diminished.”

To contact the reporters on this story: David Wainer in New York at dwainer3@bloomberg.net;Justin Sink in Washington at jsink1@bloomberg.net

bloomberg.com” data-reactid=”68″>For more articles like this, please visit us at bloomberg.com