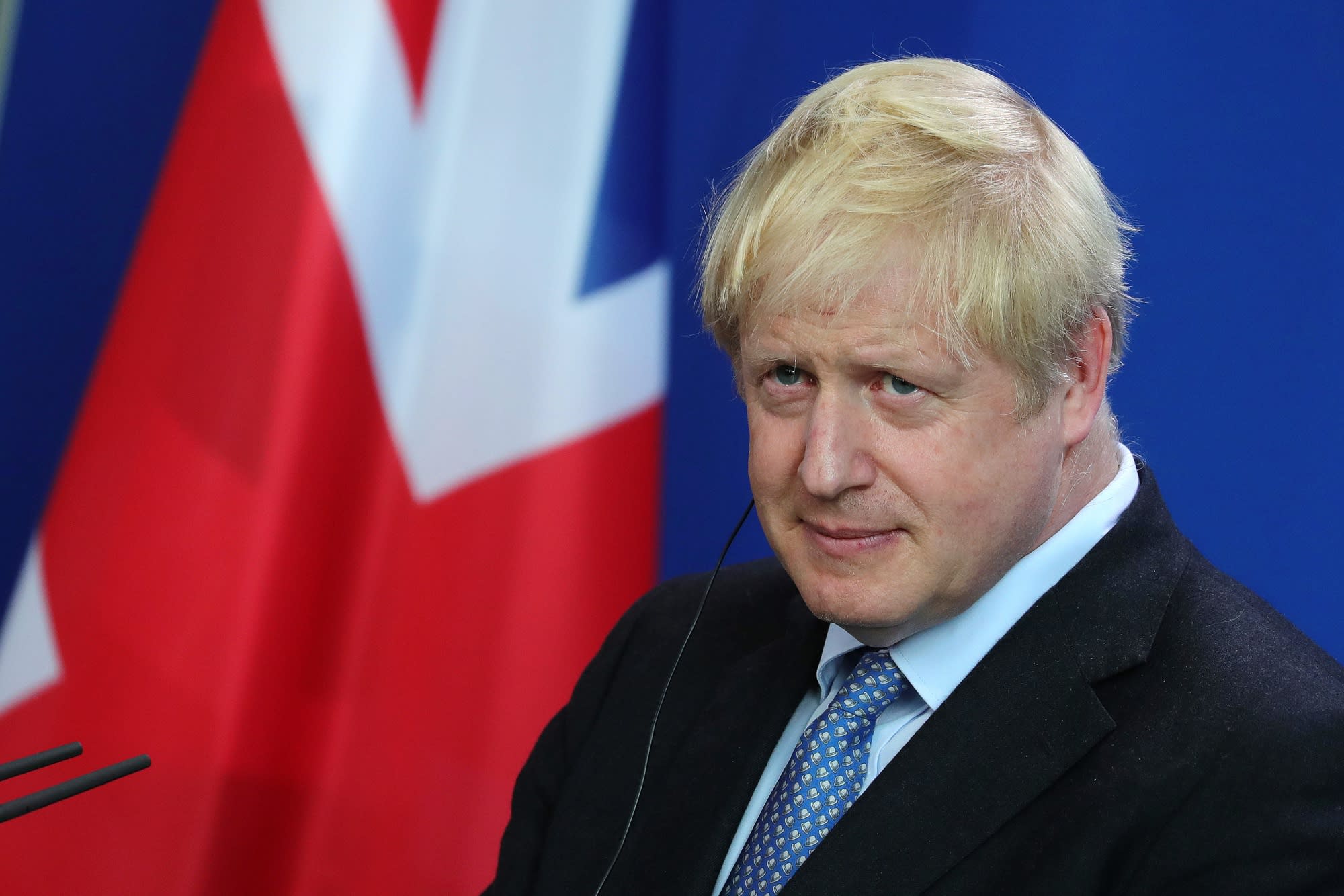 (Bloomberg) — Angela Merkel’s challenge to Boris Johnson to find a Brexit solution in the next 30 days sounds impossible. But while both sides are talking tough, officials in private say there’s still time to salvage a deal.

The latest person to sound skeptical about the British prime minister’s chances of taking the U.K. out of the European Union with an agreement was a senior French official close to President Emmanuel Macron. A no-deal Brexit is now the likeliest scenario, the official said on Wednesday.

His remarks reflect the mood across the bloc since the Brexit deal, agreed between former Prime Minister Theresa May and Brussels in November, was rejected three times by the U.K. Parliament and Johnson was installed in Downing Street. The premier has struck a more belligerent tone than his predecessor, demanding the removal of the contentious part of the agreement dealing with the Irish border. He’s also promised to take the U.K. out of the EU on Oct. 31 “do or die” — without a deal if necessary.

The deadlock is genuine. The EU remains broadly united on the issue and isn’t ready to throw Ireland to the wolves by conceding to Johnson’s demands to cut the so-called backstop, the mechanism designed to ensure a check-free border on the island of Ireland that will be the U.K.’s new land frontier with the bloc.

But there are small signs of movement — on both sides.

Despite his apparent preconditions, Johnson met German Chancellor Merkel in Berlin, and will hold talks with Macron in Paris on Thursday. And though his letter this week laying out his objections to the backstop was immediately dismissed by the bloc, there are now signs of engagement on the issue, which European diplomats said was at least a start.

“We in the U.K. want a deal,” Johnson said alongside Merkel in Berlin. “We seek a deal. And I believe that we can get one.”

Johnson expects to talk further about Brexit at the Group of Seven summit in Biarritz, France, at the weekend, and while neither side predicts any kind of breakthrough, diplomats said there’s time for more twists with just 71 days left until the U.K. is due to leave.

“You will simply have to wait a little bit longer to see whether we will come up with a solution,” Merkel told reporters at the joint press conference. She said the EU had always thought the U.K. could do it in two years — a reference to the transition period that forms part of the Brexit deal.

“But maybe you can also find it within the next 30 days,” she said to Johnson. “Why not?”

While some in Britain seized on that as a sign Germany was ready to shift — Johnson described it as a “blistering timetable” he was “more than happy with” — it could simply have been an expression of the difficulty of the task.

Merkel said it’s up to the U.K. to put forward workable alternatives to the backstop, and that the EU needs to know how Britain sees future ties to the bloc. Johnson agreed the “onus is on us” to solve the border issue, though he pointed to measures that have already been dismissed in three years of Brexit talks, including trusted trader programs and electronic pre-clearing of goods.

The backstop is despised by Brexiteers in Johnson’s Conservative Party because it keeps the U.K. tied to many of the EU’s customs rules.

Officials in Brussels and European capitals are increasingly eyeing an EU summit on Oct. 17-18, just two weeks before the U.K.’s leaving date. There’s every chance the two sides won’t have come to an agreement by then, or even at that meeting, officials said. Work will continue to try to get one right up until the U.K. leaves, they said.

On Thursday, a senior EU official told reporters in Brussels a no-deal Brexit is the most likely outcome, though the bloc is hoping Johnson can bring substantive ideas to his meeting with EU President Donald Tusk on Sunday.

European officials are also closely watching events in the U.K. Parliament, knowing that if politicians there can block a no-deal split, Brexit will probably be delayed again. Johnson has said this threat from British lawmakers is what’s discouraging the EU from shifting — a claim European diplomats deny.

Former Chancellor of the Exchequer Philip Hammond is among a group of ex-ministers in Parliament talking about blocking a no-deal Brexit. Main opposition leader Jeremy Corbyn invited other senior lawmakers to meet him on Tuesday to discuss “all tactics” to stop a no-deal departure.

But it’s not clear whether that’s possible. Only once Parliament has returned on Sept. 3 are the tactics, and level of support, likely to be clear.

In Berlin, Johnson invoked the EU’s history of last-minute compromises. The question is whether the bloc will oblige.

“I’ve in my life watched a lot of European negotiations and, believe me, it looks at first as though it’s irresistible force and immovable object, and what in my experience happens is that people find a way through,” he said. “It’s in the final furlong generally when the horses change places and the winning deal appears.”

To contact the reporter on this story: Ian Wishart in Brussels at iwishart@bloomberg.net

To contact the editors responsible for this story: Ben Sills at bsills@bloomberg.net, ;Flavia Krause-Jackson at fjackson@bloomberg.net, Stuart Biggs, Alex Morales