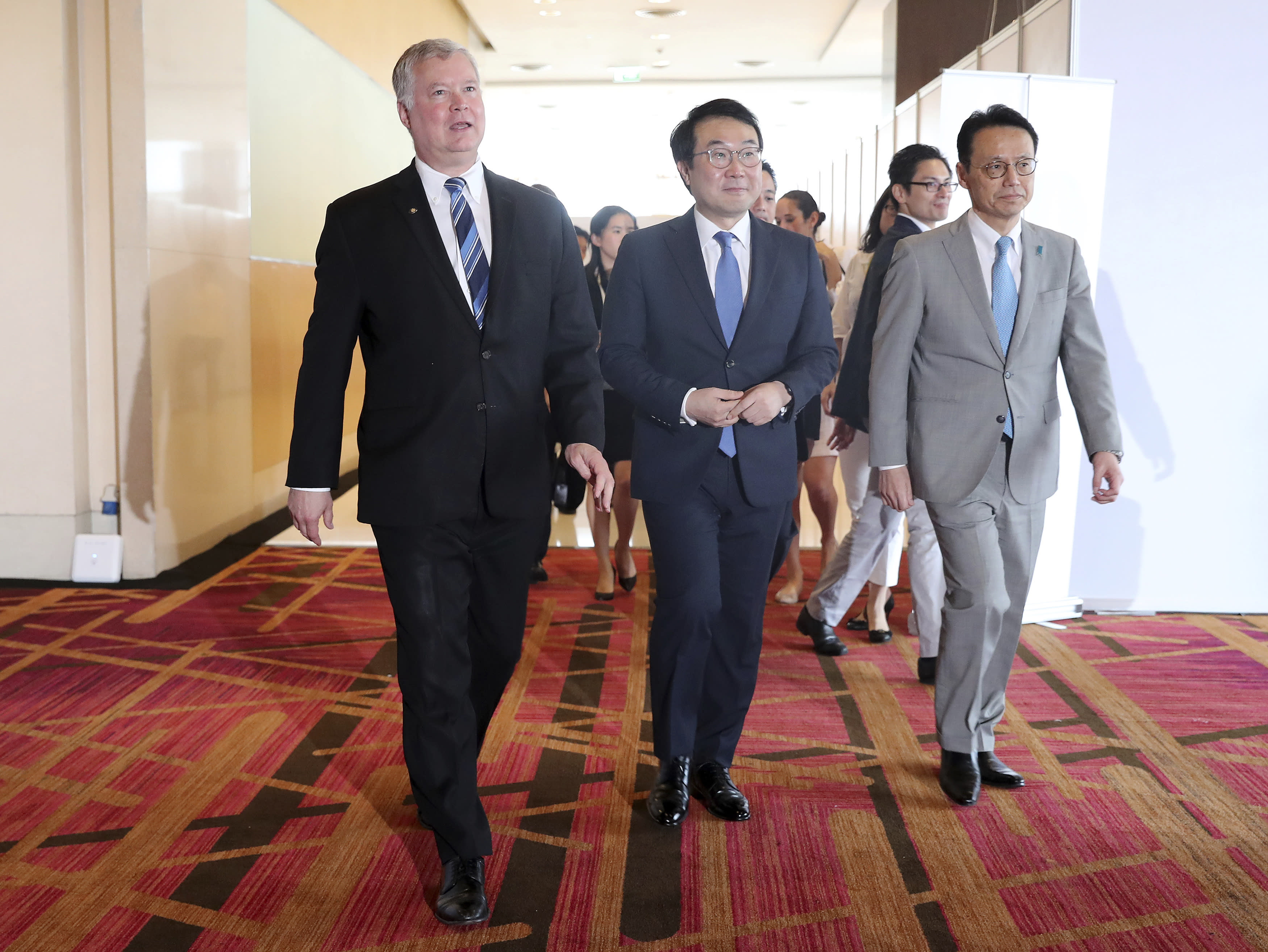 BANGKOK (AP) — Unable to meet with a North Korean official, the chief U.S. envoy for North Korea met on Friday with his Japanese and South Korean counterparts in Thailand.

In brief comments to reporters, Stephen Biegun said he had “good talks” with Do-hoon Lee of South Korea and Kenji Kanasugi of Japan on the prospects for resuming stalled denuclearization negotiations with the North.

The three men met on Friday on the sidelines of an Asian security conference in Bangkok where U.S. officials had hoped to also see a North Korean representative despite a flurry of recent missile tests by the North. North Korea, however, stayed away from the annual Association of Southeast Asian Nations forum that has in the past served as a venue for talks between Washington and Pyongyang.

Secretary of State Mike Pompeo said earlier Friday that he wished North Korea had sent its foreign minister to the meeting. But he also expressed optimism that talks would resume soon.

“I always look forward to a chance to talk with him,” Pompeo told an audience at the Siam Society. “I wish they’d have come here. I think it would have given us an opportunity to have another set of conversations, and I hope it won’t be too long before I have a chance to do that.”

Pompeo said “the diplomatic path is often fraught with bumps, tos and fros, forward and backward” but stressed that the Trump administration remains willing to restart the talks, which broke down after President Donald Trump’s second summit with North Korean leader Kim Jong Un in Vietnam in late February. Trump and Kim met again in June after which U.S. officials expressed hope talks would resume in a matter of weeks. Despite that hope, the negotiations have remained stalled.

“We are still fully committed to achieving the outcome that we have laid out — the fully verified denuclearization of North Korea — and to do so through the use of diplomacy,” Pompeo said Friday.