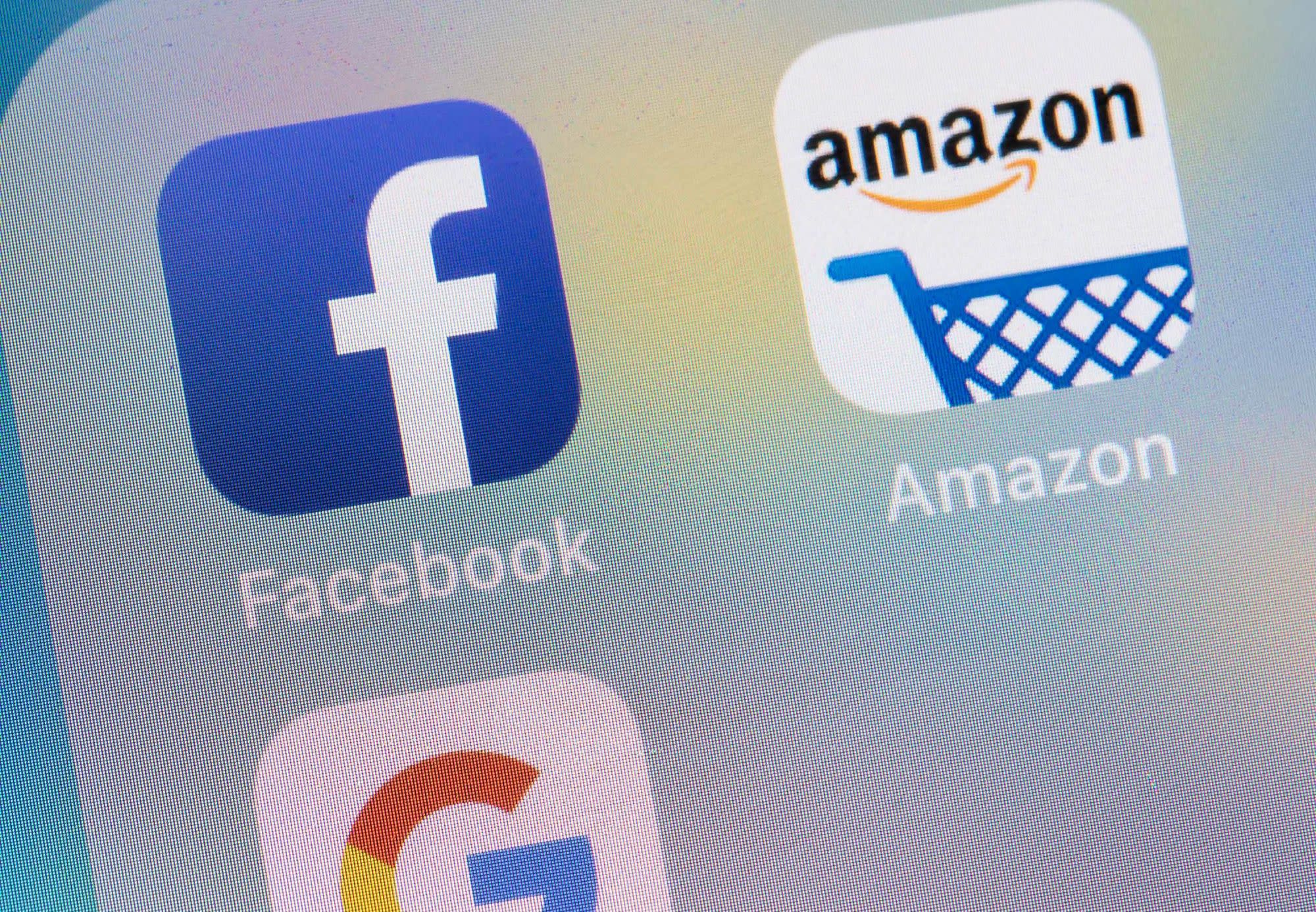 (Bloomberg) — Facebook Inc. and Amazon.com Inc. set records for lobbying in the second quarter as Washington ramped up scrutiny of big technology companies, while Google’s spending dipped as it continued to reshuffle its influence operations.

The world’s largest social media site spent more than $4.1 million on lobbying, the most among big internet platforms, an increase from its previous high in the same period a year earlier.

Facebook disclosed lobbying around blockchain, the technology that underlies cryptocurrencies. The company has been trying to win support for its Libra cryptocurrency, which drew skepticism from President Donald Trump, congressional Democrats and Federal Reserve Chairman Jerome Powell and took a beating from lawmakers in both houses of Congress during two days of hearings last week.

The company was also in the final stages of settling an investigation by the Federal Trade Commission into privacy violations in the Cambridge Analytica scandal. The FTC has voted to fine the company $5 billion and is expected to announce the final details of the settlement within days.

Amazon spent more than $4 million on lobbying, topping a quarterly record in the first three months of the year, according to disclosures filed with Congress before Monday’s midnight deadline. Amazon, which runs a broad lobbying operation on a diverse range of issues, is closing in on a $10 billion cloud services contract that the Pentagon is poised to award to a single bidder next month.

Last week, Trump criticized Amazon as the perceived front-runner for the contract, saying companies such as Oracle Corp. and Microsoft Corp. had complained that the process was unfair. Oracle has led a sustained lobbying campaign against the department’s plans to award the project, known as Joint Enterprise Defense Infrastructure, or JEDI, to a single bidder.

In June, Amazon hired Jeff Miller, who bundled $1 million for Trump’s 2016 campaign, to lobby for its cloud computing division on issues related to “cyber security and technology services,” the filings show.

On July 18, Trump said he would look “very seriously” at the bid.

Oracle spent almost $1.7 million during the quarter, when it said it lobbied on issues including cloud and government IT procurement. It also lobbied the White House and the office of Vice President Mike Pence, the disclosures show. Microsoft Corp., which is the last remaining cloud provider that’s vying with Amazon for the contract, spent $2.7 million in the quarter, while International Business Machines Corp., which was eliminated as a competitor along with Oracle in April, spent $1.6 million, including lobbying on JEDI, the filings show.

The big internet companies are coming under growing antitrust pressure as the U.S. moves toward investigating whether their conduct squelches competition. The Justice Department and the FTC, which share antitrust jurisdiction, have carved up responsibility for oversight, with the FTC taking responsibility for Facebook and Amazon and the department’s antitrust division claiming Alphabet Inc.’s Google and Apple Inc.

Facebook and Amazon also underwent a series of hearings by a House committee conducting a broad antitrust investigation of technology companies, drawing ire from lawmakers during the latest hearing earlier this month.

Google ended its relationships with at least 17 lobbyists at six outside lobbying firms as global policy chief, Karan Bhatia, reorganizes the search engine’s approach. Google’s second-quarter spending dipped to $3.1 million, a decrease of about half what it spent in the same period a year earlier, the filings showed.

Among the top-level exits were Robert Raben of the Raben Group, who served as assistant attorney general of the Justice Department under former President Bill Clinton. It also ended its relationship with Tom Ingram, a former staff director of the Senate Republican Conference. Susan Molinari, the company’s longtime Washington director and a former Republican member of Congress, moved to an advisory position at the end of 2018.

Apple, which is grappling with stepped-up antitrust scrutiny as well as concerns about trade, disclosed spending of $1.8 million in the second quarter, up slightly from $1.7 million a year earlier.

Trump’s threats to impose additional tariffs on imports from China and Mexico during the quarter, as well as a push to ratify a replacement for the North American Free Trade Agreement, contributed to an increase in trade lobbying by some associations.

The Consumer Technology Association, whose members include Apple, Amazon and Facebook, reported spending almost $1.8 million during the second quarter — up from almost $1.5 million a year earlier and from $1.4 million in the first quarter — in part because of the tariff threats, spokeswoman Bronwyn Flores said.

The group reported lobbying Congress, the Office of the U.S. Trade Representative, the Commerce Department and the White House on matters including the U.S.-Mexico-Canada Agreement, or USMCA, the China tariffs and duties Trump imposed last year on imports of steel and aluminum.

“Over the past year, anti-tariff lobbying has become an increasing focus for our government affairs practice,” Michael Petricone, the group’s senior vice president for government and regulatory affairs, said in a statement. “In addition, this quarter CTA’s marketing and communications team executed a comprehensive media campaign to complement our efforts.”

The National Retail Federation, which is helping lead a coalition of trade groups opposed to Trump’s tariffs, showed almost almost $2 million in lobbying spending in the second quarter, up from $1.5 million in the first three months. Trade represented a significant portion of the increase besides health care, taxes and other issues, the group said.

Trump threatened tariffs on an additional $300 billion in Chinese imports in May in response to what he said was Beijing reneging on agreed provisions in a sweeping trade deal the two nations are negotiating. The U.S. has already slapped duties on $250 billion in Chinese goods.

Trump put the new tariffs on hold after meeting with Chinese President Xi Jinping in June in Japan — but not until after executives at hundreds of U.S. companies and trade groups testified at public hearings in Washington, most opposing the duties.

The president also threatened duties on imports from Mexico if that country didn’t do more to stem the flow of migrants to the U.S., prompting an outcry from businesses and trade groups. Trump ultimately relented.

Proponents of ratifying the United States-Mexico-Canada Agreement to replace Nafta had hoped to have Congress approve the deal by its August recess, but discussions continue between the administration and congressional Democrats on concerns about provisions regarding pharmaceuticals, the environment, labor and overall enforcement of the pact.

–With assistance from Bill Allison.

To contact the reporters on this story: Mark Niquette in Columbus at mniquette@bloomberg.net;Ben Brody in Washington at btenerellabr@bloomberg.net

To contact the editors responsible for this story: Sara Forden at sforden@bloomberg.net, Mark Niquette, John Harney

bloomberg.com” data-reactid=”76″>For more articles like this, please visit us at bloomberg.com